If You Go into the Woods Tonight…
Share
This:

For the first time in our four year run, CaSFFA presents a series of unique new short films in If You Go into the Woods Tonight…. This program draws upon the concept of ‘the forest’ – a place quite often used, to great effect, throughout Czechoslovak film and literature. Within the shadows of immense pine trees, and beyond the dense thicket, there lies the unseen and the unexpected. Indeed, the forest is another character in these films, living and breathing and affecting the lives of the people who live in and travel through its darkened interior.

In the ethereal Mila Fog the forest is a place for self-exploration, a land to traverse and gain perspective on one’s life. The protagonist in An Insight into the Life of Jindřich Brůda (Vhled do života Jindřicha Brůdy) also uses the forest as a place for reflection – this time as a means of escaping his daily routine. Feeling oppressed by his domestic and familial obligations, he takes to wandering through the forest and stumbling into the lives of others.

An Insight into the Life of Jindřich Brůda

For Simon and Teresa (The Ballad of Simon and Teresa [Balada o Šimonovi a Tereze]) their idyllic life on the edge of a forest changes dramatically when Simon’s brother Matej returns from The Great War. Slowly, tension builds and a long forgotten rivalry surfaces between the brothers, spurred on by Teresa and Matej’s growing interest in each other.

For the two siblings in Brother Deer (Braček Jelenček, pictured at top) the forest was once a place of joy and intrigue which they explored with their father. Now orphaned, the forest breaks into their home, driving them deeper into its lair, prophesying what will become of them as they struggle to make it through the night.

This notion of being consumed by the forest, of becoming one with it, is seen again in Leshy (Lesapán). While her father hunts in the forest near their house each day, the young Annie spends her time drawing and reciting a poem of the Forest Lord, causing harm to those passing through with ill will. It isn’t long before the Forest Lord starts venturing further out of the forest, befriending Annie even whilst simultaneously hunting her father. But only one of these beings can survive…

Yet, despite all of the danger – both real and imaginary – that lurks within the forest, it is also a space where an irreverent comedy of errors can take place, as in Happy End, and one where dreams and life thrive, as seen in the musical Zoppe, in which trees and buildings sporadically appear in a sprawling metropolis.

As you can see, the forest is a varied beast – come and explore the undergrowth with us!

If You Go Into The Woods Tonight… plays at ACMI on Tuesday, 20 September at 6:30pm. Classification Rating: 18+ 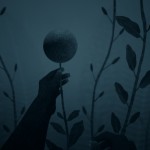 Mia Falstein-Rush has been immersed in the Australian film scene since 2006, working in both production and programming for such festivals as the Sydney Film Festival, the Human Rights & Arts Film Festival and, of course, the Czech & Slovak Film Festival.

Eleanor Colla is a librarian who watches lots of films.