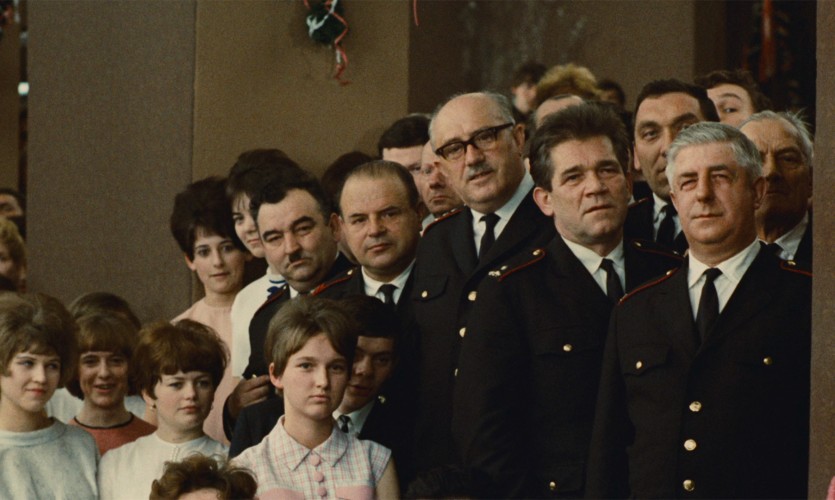 The last film Miloš Forman shot in his native country before exiling himself to the United States and, ultimately, multiple Oscar glories, is a hilarious satire skewering committee authority. Famously, it was so on-the-mark in post-occupation Czechoslovakia that it was, along with Vojtěch Jasný’s All My Good Countrymen – also in this year’s program – one of four films immediately “banned forever”. Scripted with fellow New Wave greats Jaroslav Papoušek and Ivan Passer, and with a cast largely made up of non-professionals to lend authenticity to the spiralling mayhem, Forman’s classic comedy concerns an annual ball for the ageing firemen of a small village. Daring to try something new to enliven proceedings, they introduce a raffle and a beauty pageant, only for best intentions to be scuppered by successions of petty conflicts, farcical mishaps, slapstick born of incompetence and officious pomposity, and brazen acts of thievery…

CaSFFA is proud to screen the digital restoration of The Firemen’s Ball courtesy of the National Film Archive in Prague.

Closing Night: ticket includes a Becherovka cocktail upon arrival at the cinema and access to post-film party in the ACMI Café and Bar, with a free first drink, nibbles, a raffle… and live music from Opa Bato! Doors will open at 6:30pm, with prizes for the best dressed at CaSFFA 2018’s very own firemen’s ball.