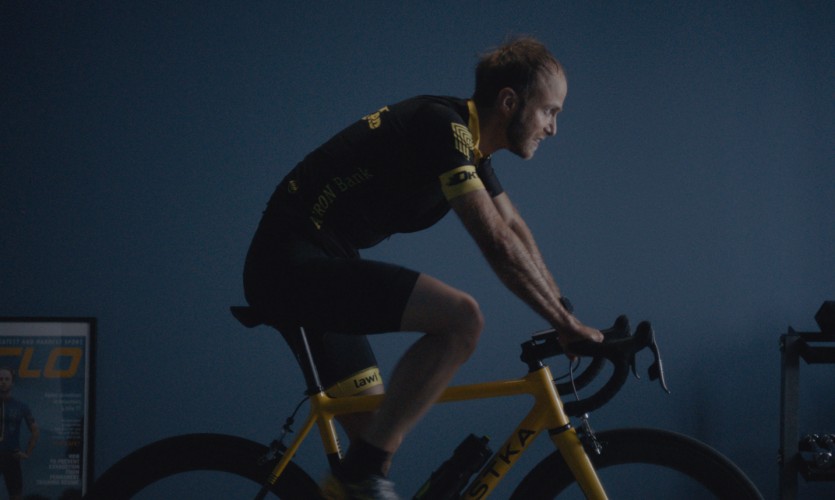 Any film which opens with words of wisdom from disgraced cyclist Lance Armstrong can probably be presumed a cautionary tale; this extraordinary Main Competition title from Karlovy Vary 2018 opens thus: “The most important piece of equipment in a cyclist’s home is in the bathroom. It’s a scale.”

Adam Sedlák’s feature debut is a masterly, minimalist chamber drama of constantly ratcheting intensity and corporeal anxiety. Resorting to desperate measures to make the big league, cyclist Roman (Jiří Konvalinka) is matched in single-mindedness by his wife Šarlota (Tereza Hofová) who, wanting a child, applies exacting rigour to optimising her fertility. With them both so determined to maximise their potential, what could possibly go wrong?

“True to its own aesthetic, Domestique is a stunner, the work of a perfectionist with a promising career ahead of him.” – Variety.