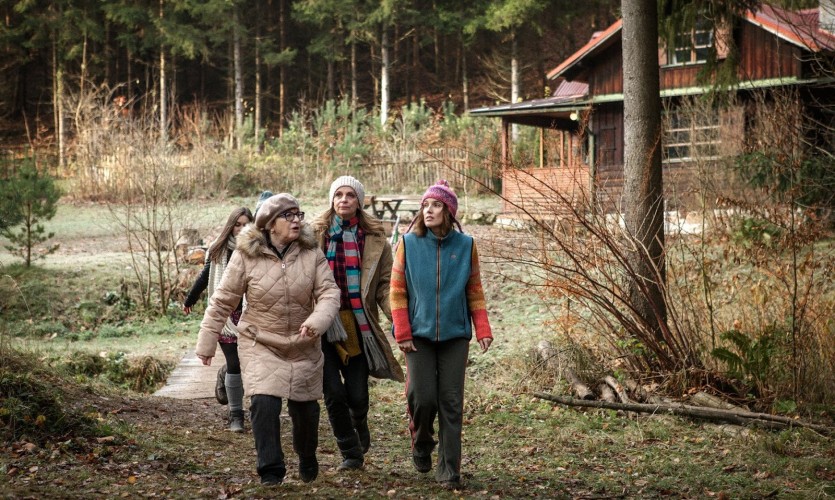 A hit with critics and the public alike at the 2018 Karlovy Vary International Film Festival, where it competed in “East of the West”, this lovely ensemble comedy is drawing regular, favourable comparison to the beloved Homolka family comedies of Jaroslav Papoušek.

A family has sold their weekend cottage retreat; after all, none of them have thought to visit it in years. On the brink of handing over the keys but stricken with nostalgia, the matriarch (Ivana Chýlková) decides to engineer one last reunion at the cottage before letting go. She knows this will take some doing – not everyone’s still in the same country, or has all their wits about them, or would even deign to attend except under duress. And should she succeed, what chance a harmonious get-together anyway, to do justice to those great memories? What chance indeed!