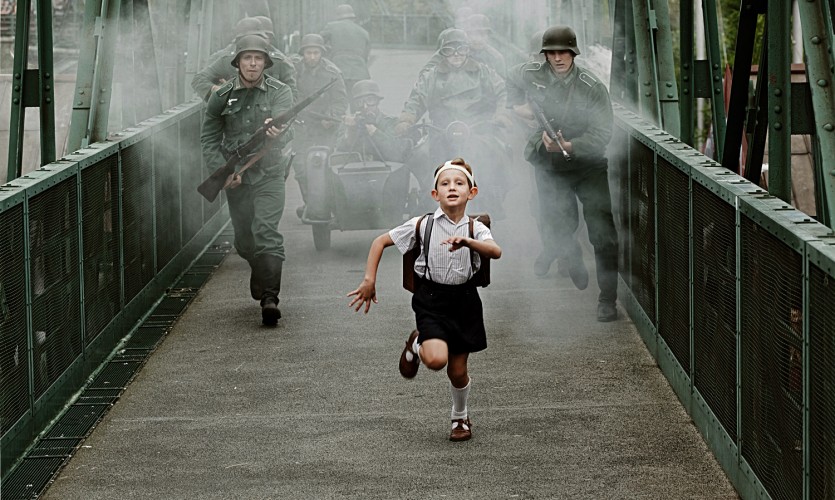 The final film of Jan Svěrák’s “Czech Quartet”, which chronicles the life of his widely beloved father Zdeněk, is a charming comedic drama set during the final days of World War II, and an immediate prequel to The Elementary School (1991). The late Jan Tříska, as well as Zdeněk Svěrák himself, were both key players in that earlier film, and both return in Barefoot, albeit assaying different roles.

The family of eight-year-old Eda (Alois Grec) is ordered to leave Prague, and moves to a small country town to live with relatives after Eda’s father (Ondřej Vetchý) is exposed as unsympathetic to the capital’s Nazi occupiers. As in John Boorman’s Hope and Glory (1987), wartime is a time of adventure for a young boy who is aware the adults around him have worries and differences but can’t really comprehend them. Nevertheless, the fantasy worlds of children and the real world of adults are destined to collide…