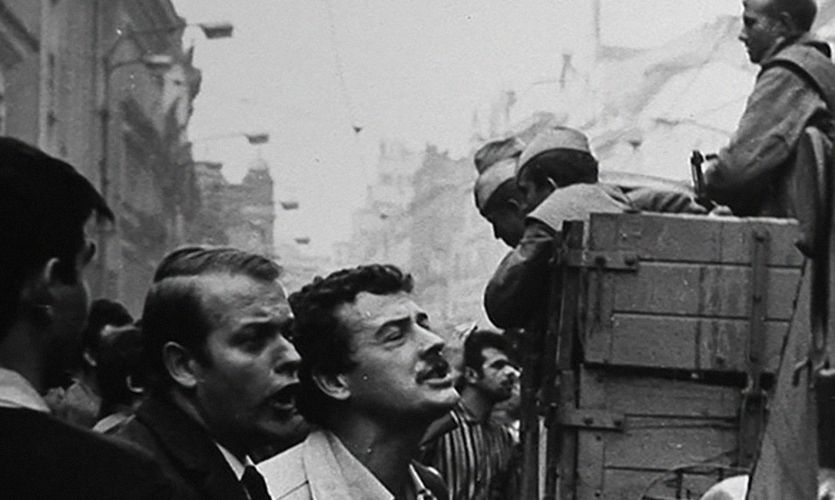 Complementing our 1918 – 1968 digital exhibition and inspired by this year’s theme of “Spring”, this package of three brilliant documentaries pays tribute to the key personalities and events of 1918 and ’68.

Off the tail of the Velvet Revolution in 1989, which saw the collapse of the communist regime in Czechoslovakia and the formation of a democratic parliament, Věra Chytilová presented the life of Tomáš Garrigue Masaryk, the first elected President of Czechoslovakia following the fall of the Austro-Hungarian empire in 1918. In TGM The Liberator, Chytilová presents Masaryk’s life from childhood to his various accomplishments through a wealth of archival footage, allowing viewers at the time to find that their country’s present had parallels with the past and hope for the future.

Initially meant to be a documentary on Czechoslovakia’s first steps toward democracy and the impact of the Prague Spring, Oratorio for Prague quickly turned into an account of Soviet military actions undertaken in Prague in August 1968. Smuggled out of the country, Jan Němec’s footage of Czechoslovakian citizens demonstrating against Soviet tanks would become pivotal in proving to the world that Soviet forces had occupied Prague against the wishes of its people.

A compilation of archival footage, Black Days is a telling of the events of August 1968 from a distinctly Slovak perspective. Opening with reportage of a meeting of the Warsaw Letter signatories in Bratislava in July 1968, the film portrays the Soviet invasion and people’s responses to the arrest of Alexander Dubček, the reformist Slovak First Secretary of the Czechoslovakian Communist Party and principal architect of the Prague Spring.